Best of Both Worlds;

We arrived last night in Quito at the sparkling new airport having flown from San Francisco via Houston.  The old airport was located in the center of the town and it was always a white knuckle landing as you could see buildings on both sides of the plane on approach.  Now it is much safer and there is a great new highway that runs straight to town.  We were met and whisked into the old quarter in less than 45 minutes where we checked in to the magnificent Casa Gangotena, a converted mansion facing onto one of the main squares in town. 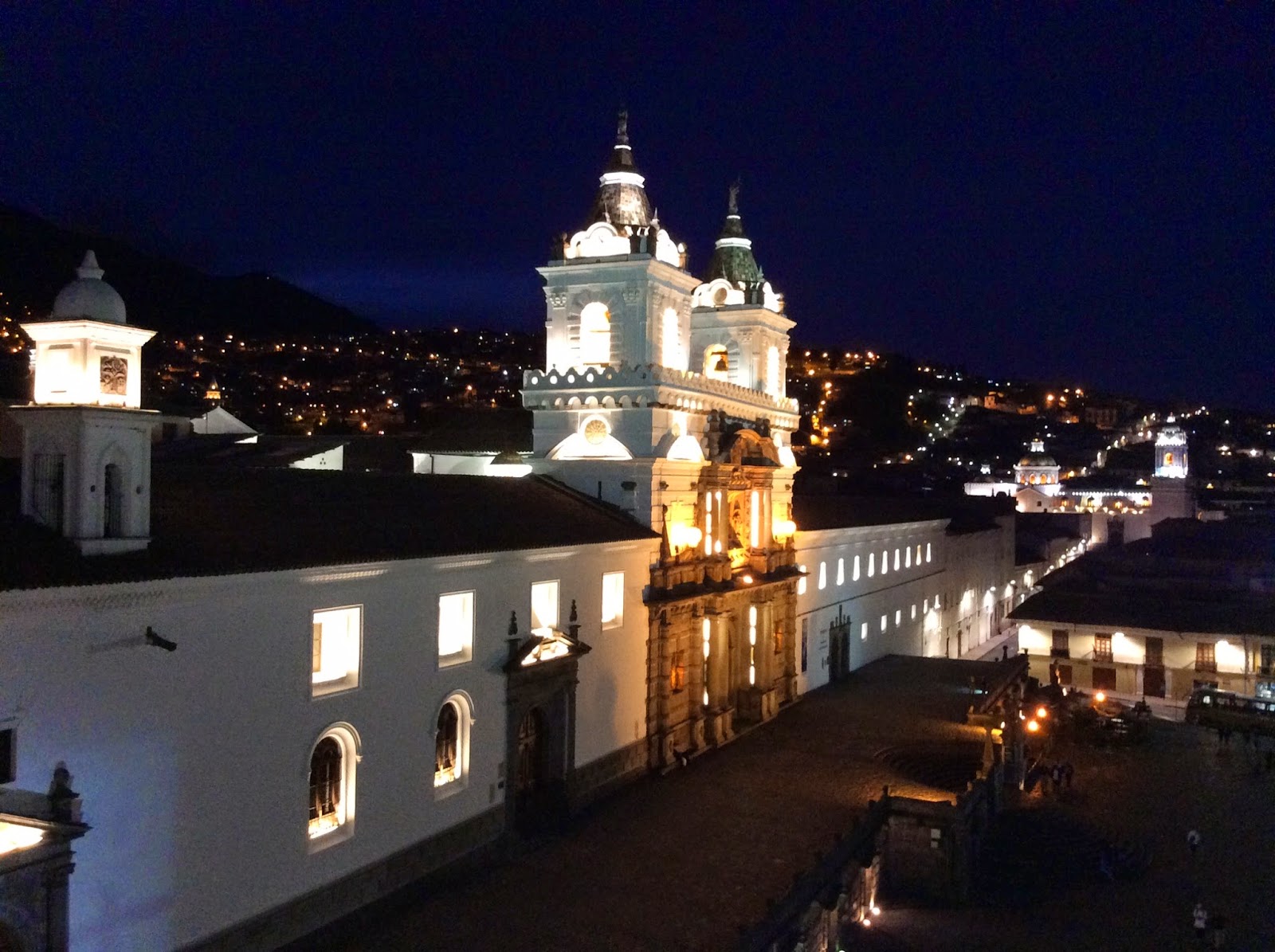 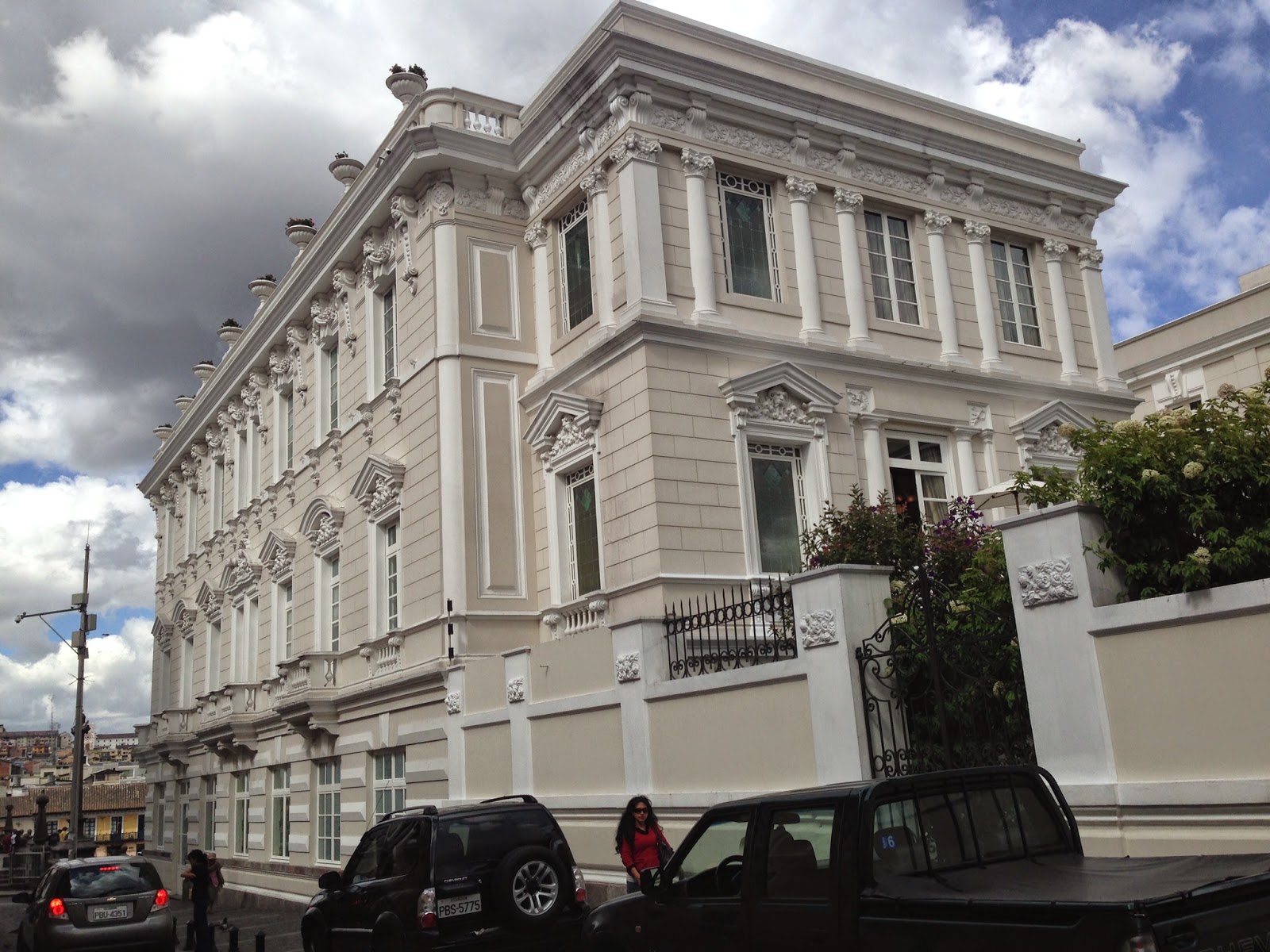 Our room faces out onto a gorgeous garden patio filled with orchids surrounding a peaceful fountain.  The bathroom is enormous but the best part of the hotel is probably the common areas like the charming restaurant with excellent fresh fish, ceviche and more boasting a superb view onto the plaza or the roof top terrace with a commanding view over the city's many church  towers doting the skyline - just magic at night. 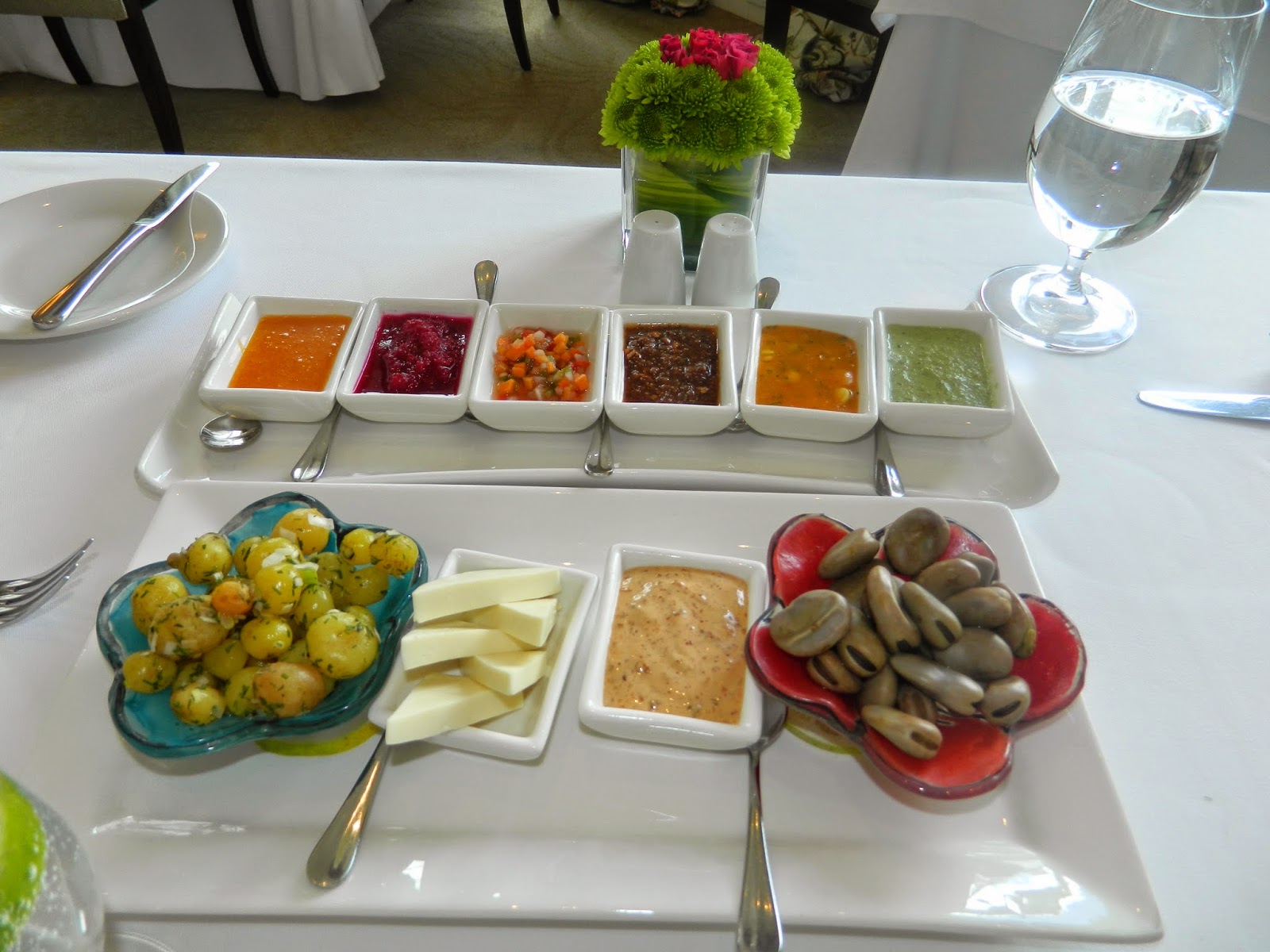 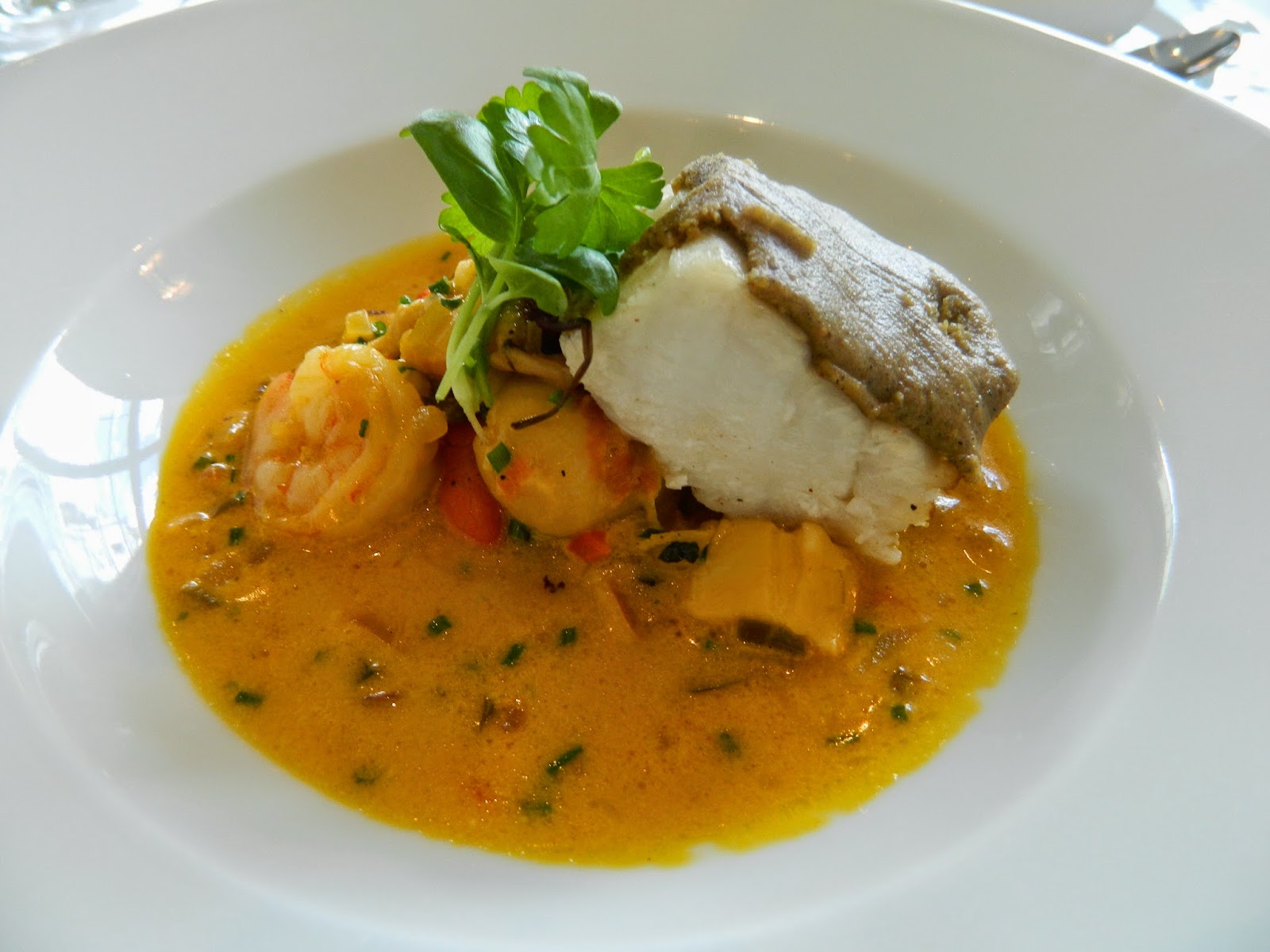 We spent the morning walking the historic cobblestone streets and plazas where we witnessed cute young school kids running off to school in their colorful uniforms, vendors hawking local specialties like fruit and ice cream, and old couples shuffling along slowly soaking up the morning sun. 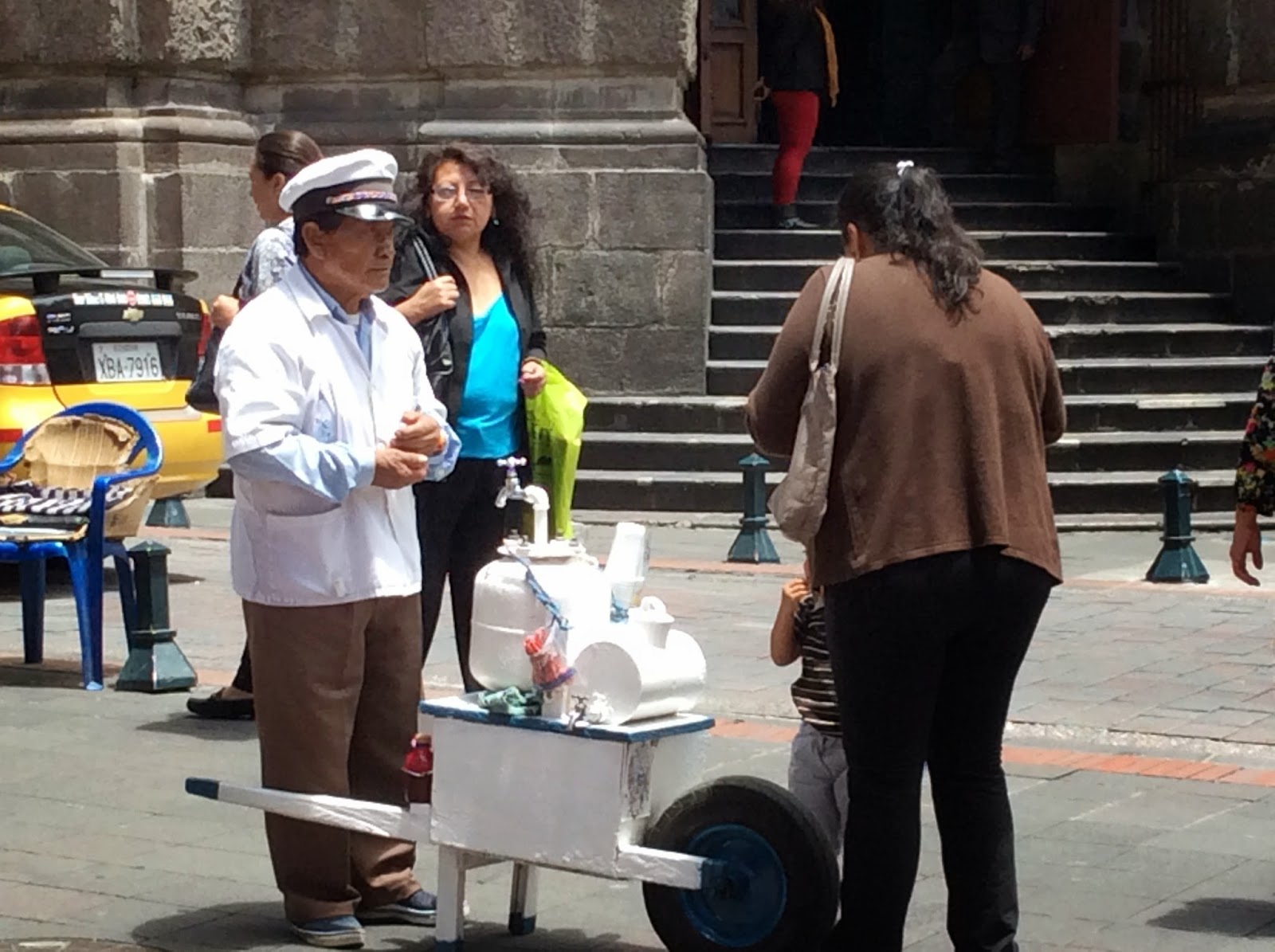 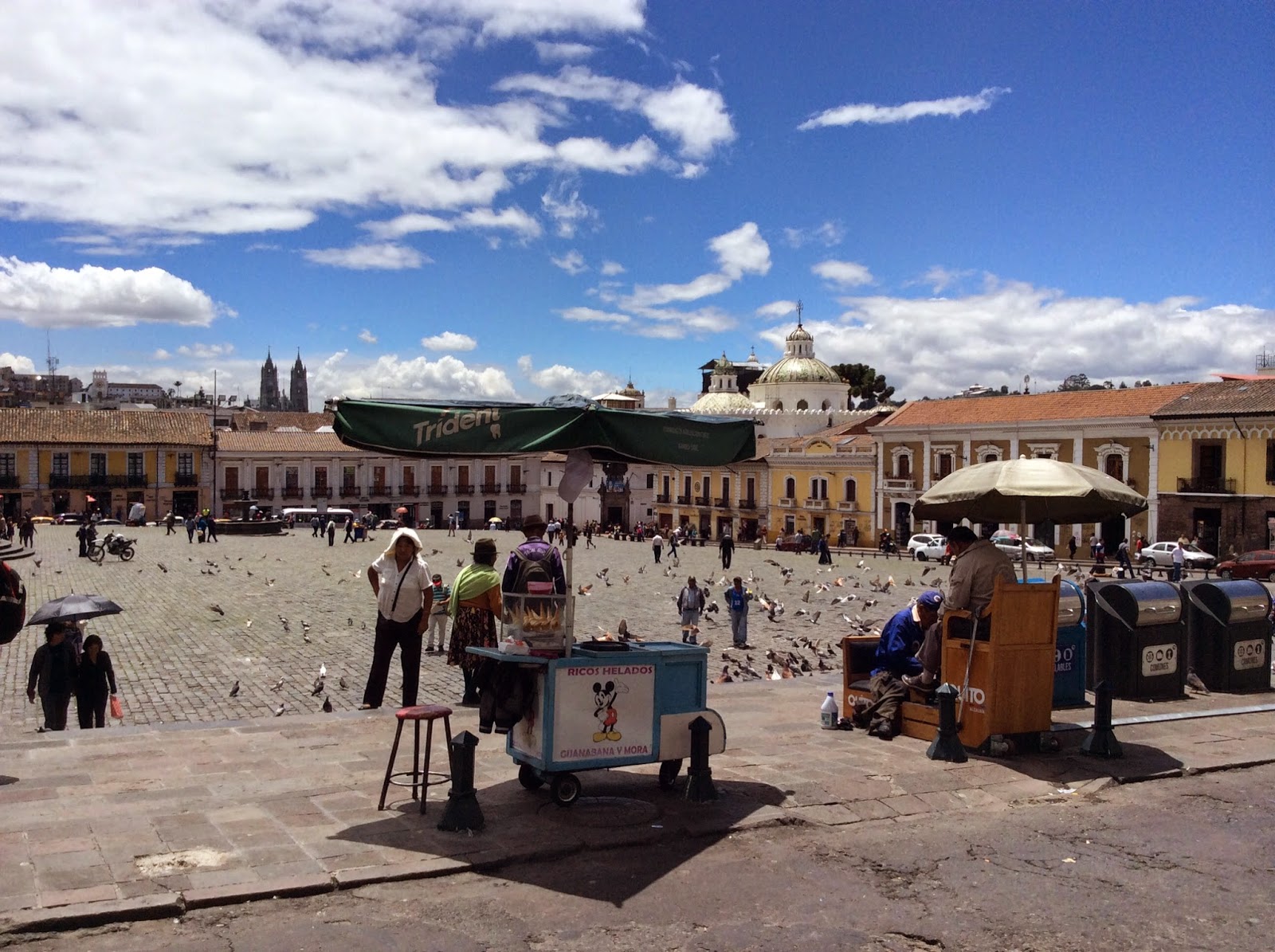 The architecture is impressive, especially the massive colonial churches with their ornate details, the national bank with its imposing columns of stone, and the quaint two story buildings colorfully painted with balconies and flower pots adorning the upper floors. 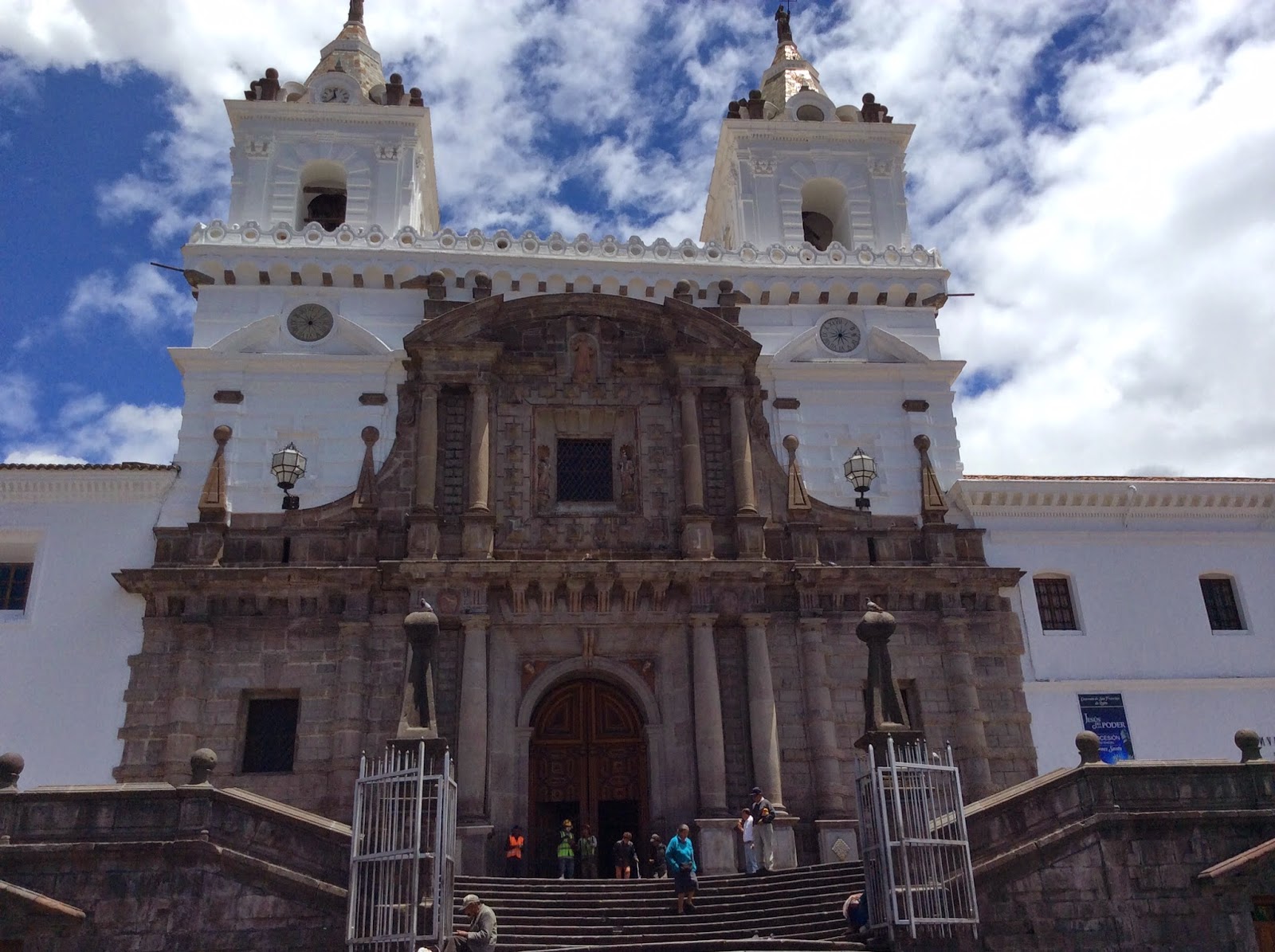 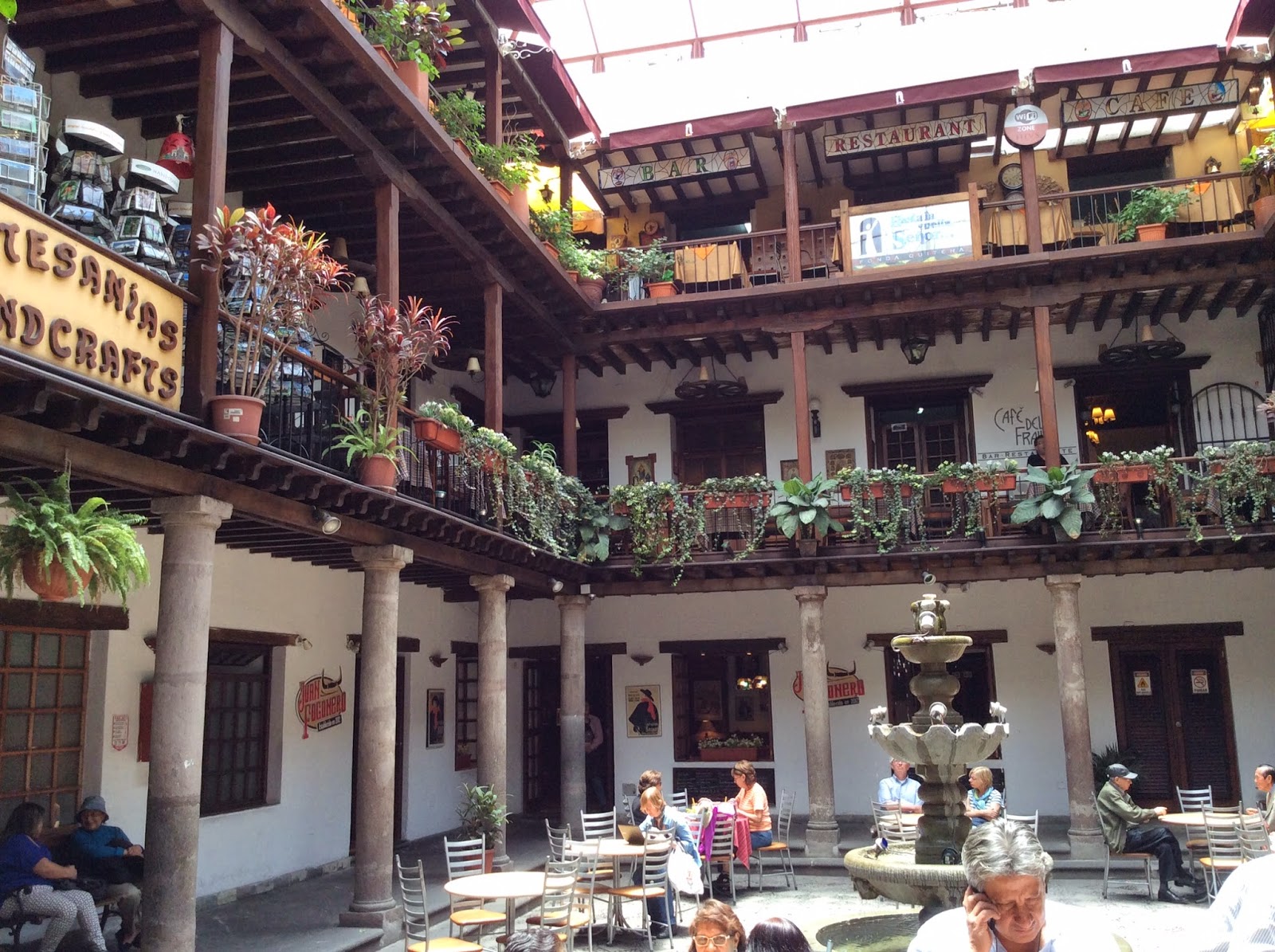 One of our goals was to find Jordan some international soccer jerseys and we had good fun winding in and out of various shops and markets where the locals greeted us with a quick smile and were eager to help (even if they had never heard of some of Jordan's favorite players like Neymar, Aguerro, etc…).  We hit the jackpot at one store which offered very affordable high quality jerseys and the young proprietor even posed for a photo with Jordan.  It turns out he was a talented guitar player and at the insistence of his mother he played us a beautiful song on the guitar.  It nice to have an authentic cultural interaction with this family. 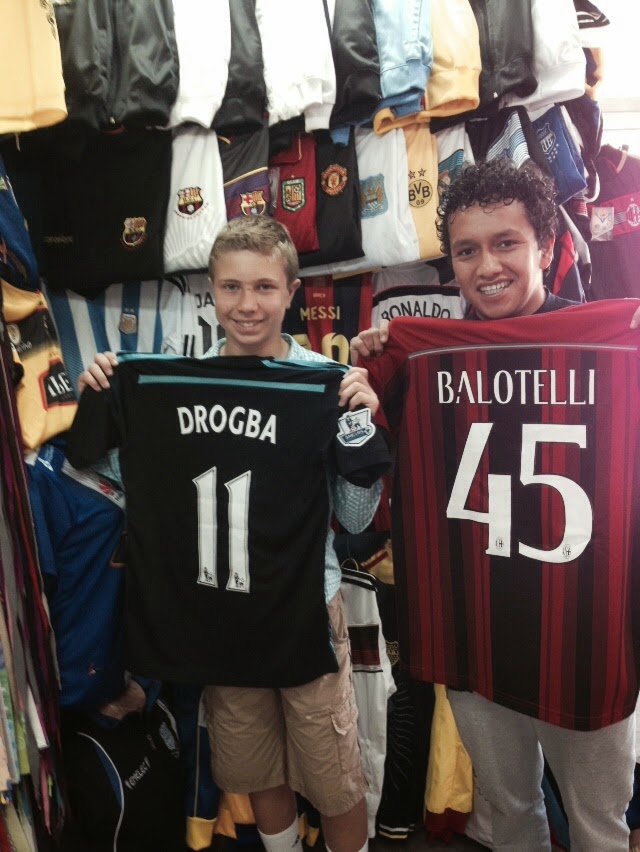 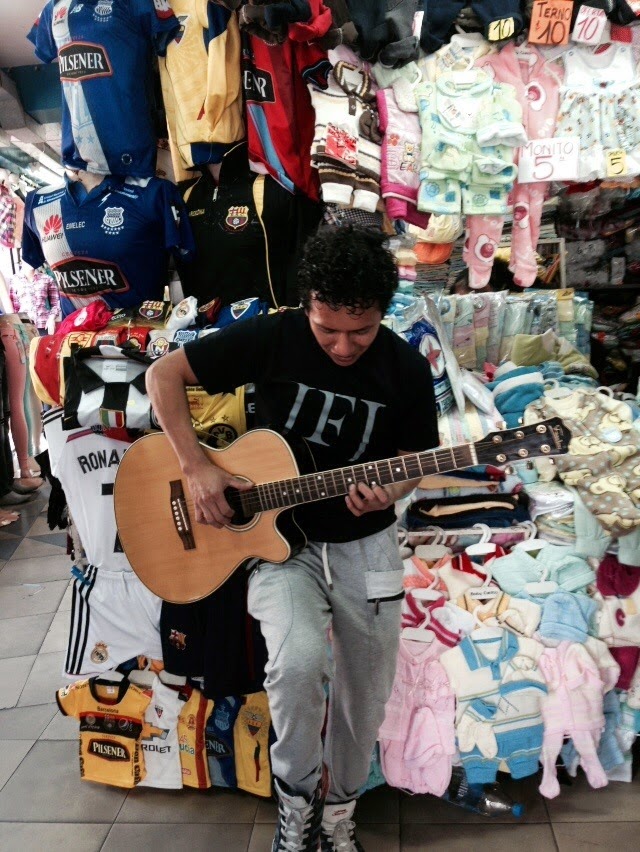 The people of Ecuador are truly gracious and carry on a proud Indian tradition which is evident in their daily lives and belief system.  We later toured the magnificent Casa del Alabado which has a superb collection of pre-Columbian art that is well displayed and explained.  We learned about the importance of the connection between the three worlds: underworld, surface world, and cosmos.  The shaman is tasked with the dangerous responsibility to keep the link (axis mundo) open between these parallel worlds.  The ceramics were mind blowing featuring images of jaguars, shamans, strange creatures we could identify, hand carved rolling cylinders and much more. 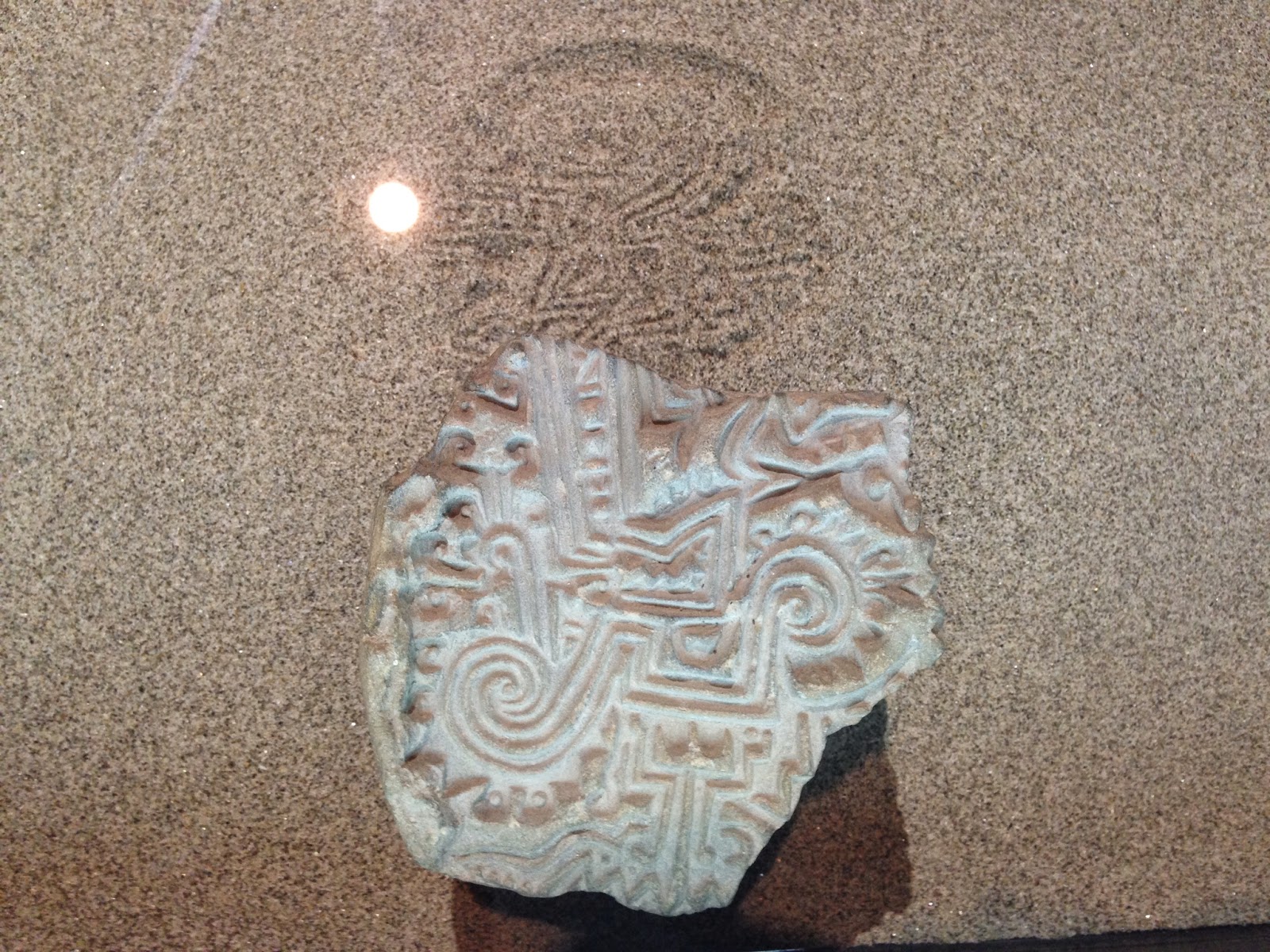 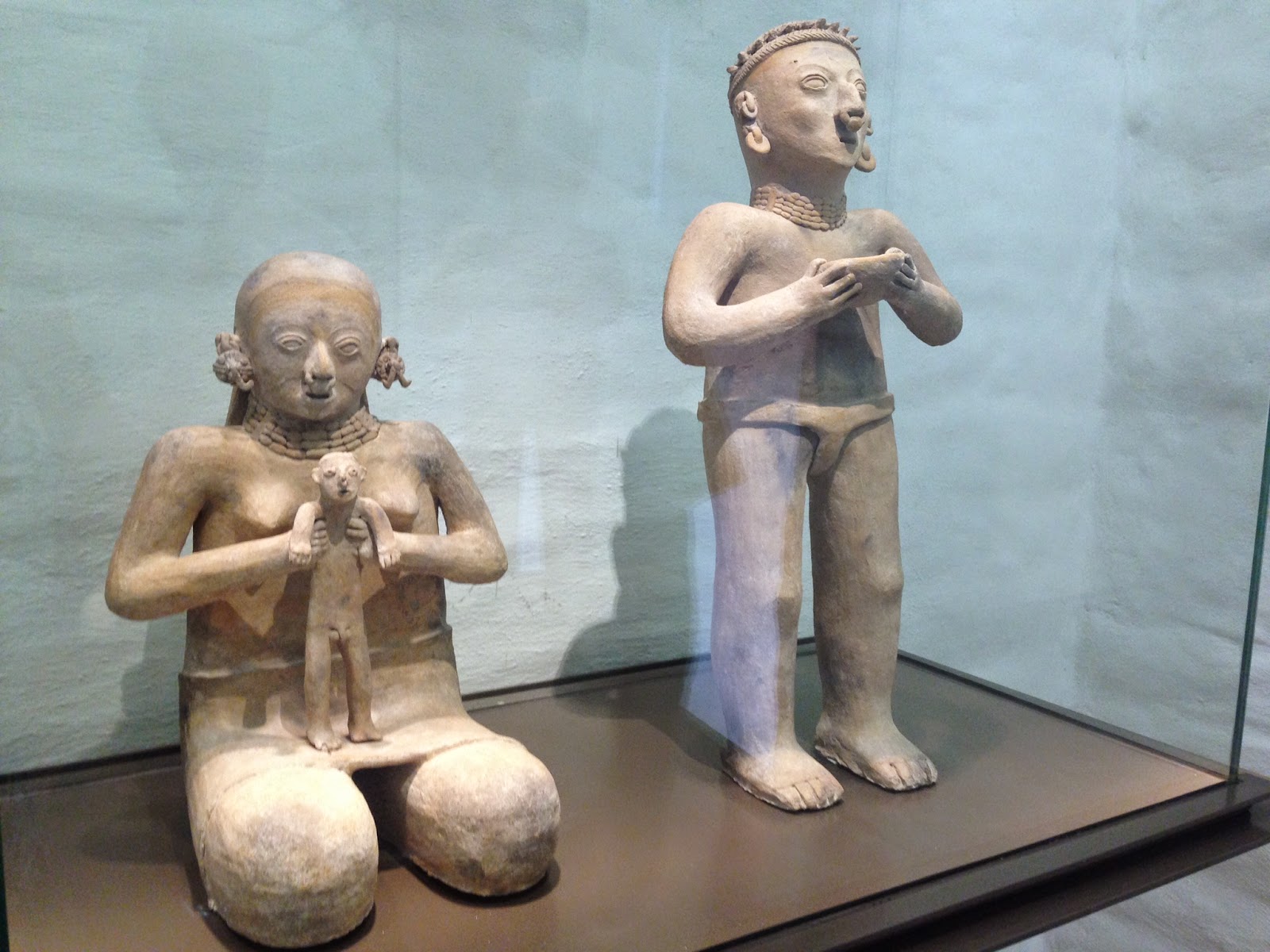 As Clavey noted,  Quito is known for its majestic blend of both Incan and colonial Spanish culture, both of which are very prominent in the city.  Jordan loved exploring the Old Town by foot and loved the food, too. 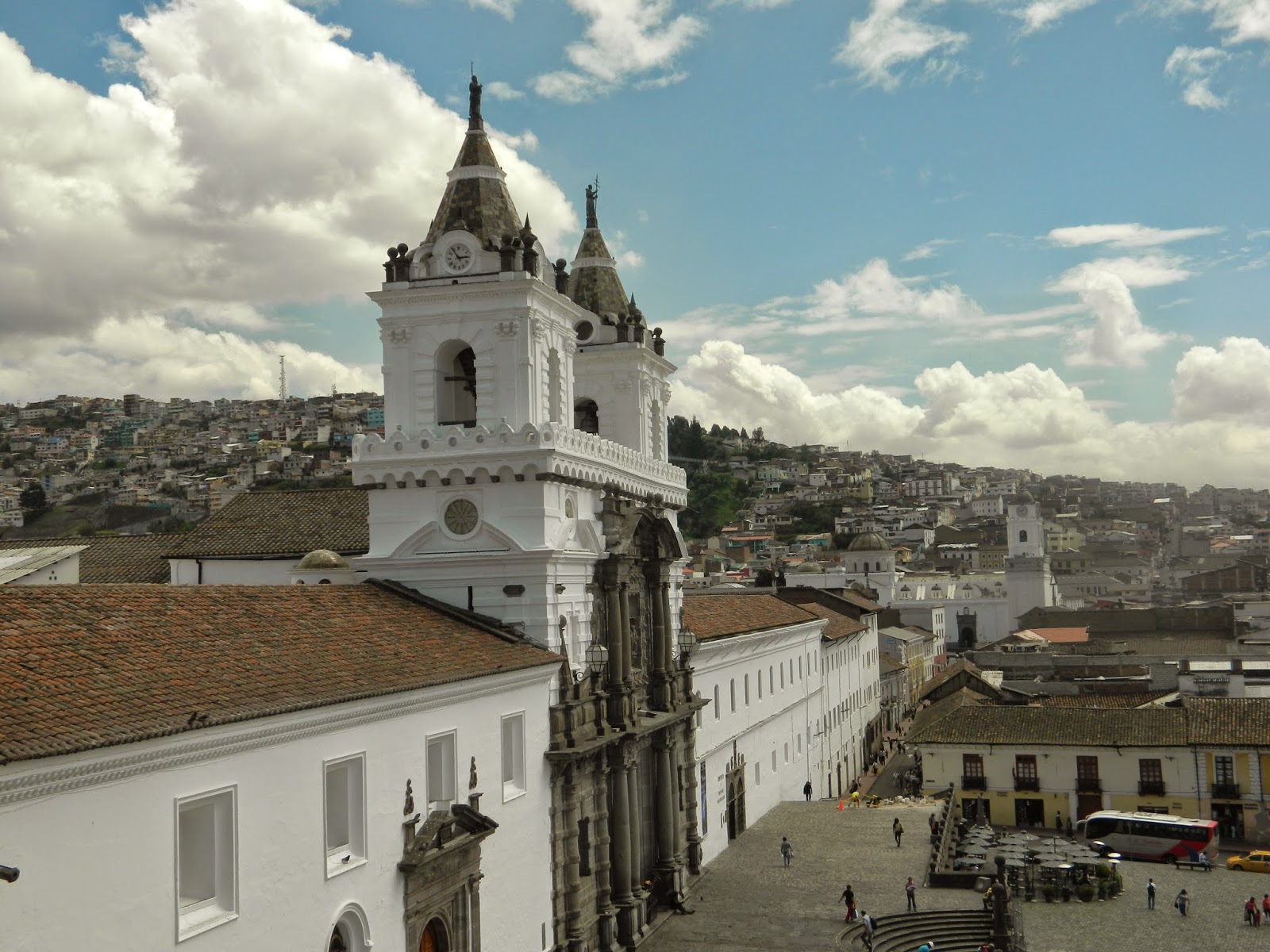 We rounded out our afternoon with a scrumptious afternoon tea at our hotel and an evening stroll to the impressive Plaza Indepencia where we dined at Mea Culpa on the second floor with great ambiance and views over the richly illuminate plaza.  Our meal included steak, seafood, ceviche and the service was excellent.  Now we are packing up for our flight to the Enchanted Islands (Galapagos) tomorrow… 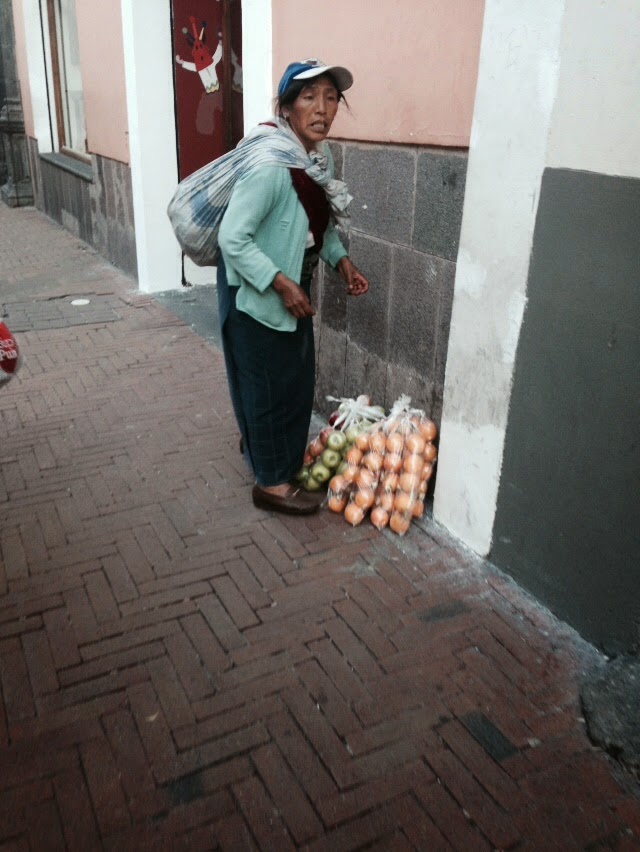 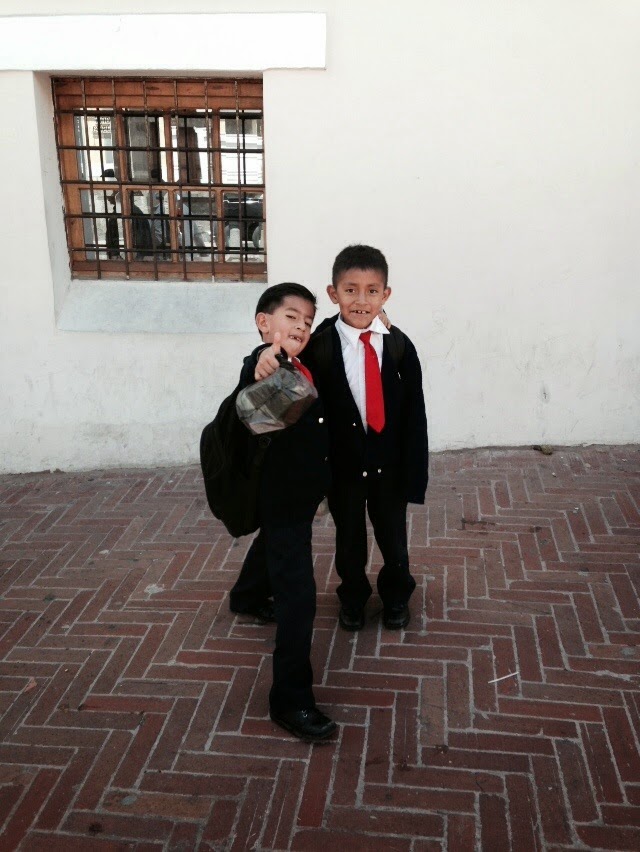 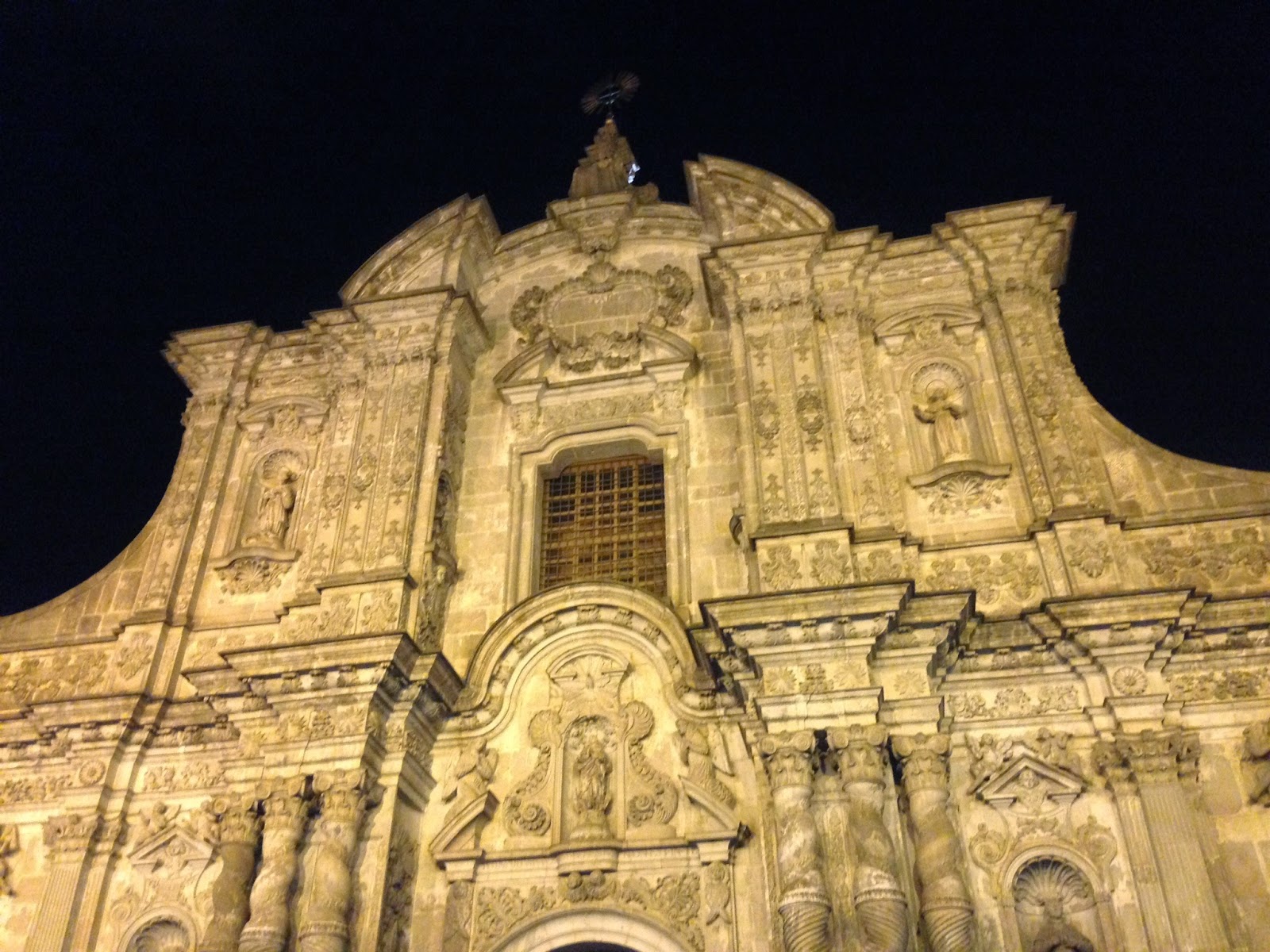 Here is some general info about Quito, a Unesco World Heritage city, in case you have never been
Quito, the capital of Ecuador, was founded in the 16th century on the ruins of an Inca city and stands at an altitude of 2,850 m. Despite the 1917 earthquake, the city has the best-preserved, least altered historic centre in Latin America. The monasteries of San Francisco and Santo Domingo, and the Church and Jesuit College of La Compañía, with their rich interiors, are pure examples of the 'Baroque school of Quito', which is a fusion of Spanish, Italian, Moorish, Flemish and indigenous art.

Next: Galapagos Safari Camp
Posted by Blue Odyssey at 10:45 PM